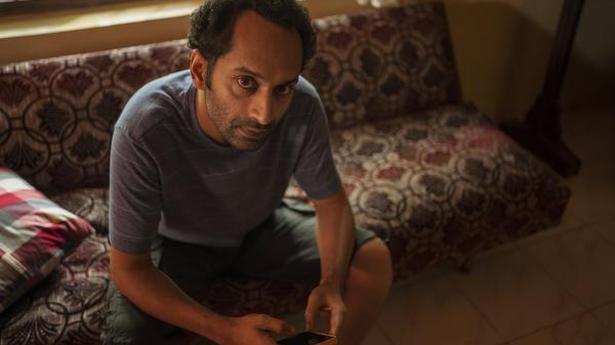 The director talks about the making of Joji, how OTT platform offered him space and the inspiration from Shakespeare’s Macbeth

Dileesh Pothan is one of contemporary Malayalam cinema’s finest storytellers. If one were to list the best films of the past decade, not just in terms of box office figures, Maheshinte Prathikaram (2016) and Thondimuthalum Driksakshiyum (2017) would figure among the top 10. Pothan dons director hat yet again with Joji, which released today on Amazon Prime. A Dileesh Pothan film inevitably rides expectations, and Joji is no different. Scripted by Syam Pushkaran, starring Fahadh Faasil in a lead role, it has met rave reviews.

Intended as a ‘creative output’ during the pandemic, it kept the spirit of his team high, says Pothan. He talks about how Joji came to be, Shakespeare’s Macbeth and making films for a different audience.

Excerpts from an interview

Would ‘Joji’ have happened if not for COVID-19?

It is inspired by ‘Macbeth’.

It is a crime drama, not an adaptation of Macbeth [plot]; it is inspired by the idea that Macbeth conveys to me. I have mined what I feel when I read or see Macbeth. I have tried to recreate that in the film, it’s an attempt to see if it can be done.

How different is the process of creating for an OTT platform, from conventional cinema?

It is different. The film was planned for this format and conceived as such. It was shot in the 185 format, not Cinemascope. We were aware that the viewing experience would be different, more individual or personal rather than watching along with other people in a movie hall. People, for that reason, would ‘feel’ the film differently. They would experience and respond to the characters and story differently.

The subject too would have to be different, since the audience is diverse…

From the ‘get go’, we were working within the limitations of the pandemic. The idea was to work around the situation, and that led us to Joji. We started thinking about plays, which conventionally work within a ‘limited space’. As a person with a background in theatre, I was thinking of how that [drama] could be used; these were discussions that Syam [Pushkaran] and I had constantly. For instance, a play doesn’t use as many scenes, it was something we wanted to explore in a film. Those conversations led to plays, and eventually to Macbeth. It is huge in scope, and rather than recreate the story, we wanted to present the universality of its appeal. The audience, the reach of the OTT platform was factored in when I chose the topic. I don’t think I would have chosen Macbeth if it were for a theatre film.

So, the OTT format gave a certain freedom as filmmaker to you. It wasn’t restricting.

Definitely it gave me freedom as creator. I am not saying theatre release movies are restrictive. But I do not get certain ‘freedoms’ which ‘Joji’ gave me; I did not get those with both my earlier films. Right from choosing the subject, the evolution of the script and so on. There are other concerns, besides entertainment, with a theatre release — the commercial aspect — it is a business. A film released in a theatre needs to provide entertainment to more people. It is different with an OTT platform, not just in terms of audience size — it gives space to break more conventions.

Sunny PN and Baburaj in the film

Be it ‘Maheshinte Prathikaaram’ or ‘Thondimuthalum Driksakshiyum’, the canvas of your earlier films has been vast. With ‘Joji’ it seems minimal, more confined.

We decided on a couple of things when we zeroed in on the plot and scripting was done — that we would leave aside Macbeth’s structure, view it independently and let it grow organically, thematically as a film. Secondly, because it was conceived during COVID-19, we would not let that be a restriction creatively. I don’t think it is that closed or confined. I have tried using spaces indoors in Thondimuthal… In my view, Joji is more limited in terms of the number of characters — in that sense the canvas could be considered limited. Also, the story is about what happens in a family, it is indoors so it would appear confined. The location of the action is also a place that is not ‘vast’.

This is your third film as director, third with Fahadh Faasil in the lead. How do you recast him, in the sense of giving him a new ‘form’, in each film?

(Laughs) After both my films with Fahadh in the lead, I had told myself, very consciously, that I would work with a different actor in the next. But — given the circumstances of how Joji was made and the character — it just happened that way. I have worked with Fahadh, as director, now in three films but it never felt like I was working with the same person!

What are you feeling right now? Anxiety, excitement…since this is your first film in a new format.

I am most tension-free right now. More calm as a director whose film is due for release. Usually this is not how it is. I am also curious about how people will react to the film. I have consciously avoided certain commercial aspects which I have used in my other films. I want to see if people would accept it. As also the response to my exploration of the potential of drama. It’s an experiment — I want to see how the audience takes to the characters and their evolution.

The ‘Life is Beautiful’ filmmaker has been honoured with the Golden Lion for Lifetime Achievement of the 78th Venice International Film Festival Oscar-winning Italian...
Read more
Entertainment

The Karan Johar-produced film does best when its ensemble cast rises to the occasion, emoting authentically on screen, the frustrations of their characters For...
Read more