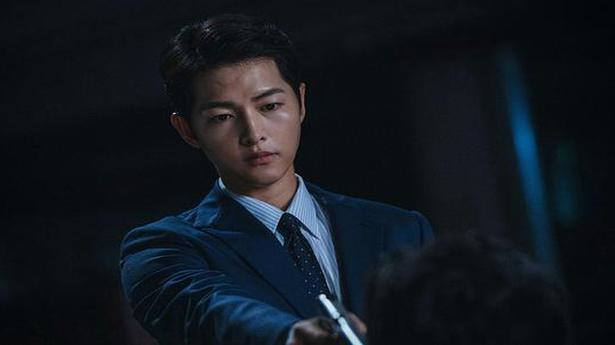 Despite the enjoyable campy treatment in the eight episodes aired so far, the K-drama could definitely do with some pacy, tighter writing

When the first episode for Vincenzo dropped, viewers were in for a surprise. The premise, posters and teasers for the show had indicated a dark, sober legal drama with a generous dose of action. What has followed since then in the much-hyped K-drama has been a mix of genres, that has more often than not, kept the entertainment quotient going.

The show follows Korean-Italian mafia lawyer Vincenzo Cassano (a very suave and charming Song Joong-Ki) on a visit to Seoul. He’s a man on a mission and has his eyes on tons of gold stashed away; only that the path to his bounty is far from smooth. The main obstacle here is a building filled with the several makjang (over the top) characters: a bumbling Italian chef, an aspiring actor with a fondness for zombies, monks, a rogue school student, and even an under-cover detective.

While much and often unnecessary screen time is spent on their antics and Vincenzo’s frustrating run-ins with them, the larger plot focusing on the evil conglomerate Babel Corporation, and how the protagonist goes hammer-and-tongs at them make for the more interesting parts of the show.

As the K-drama inches towards its halfway mark this weekend, it could definitely do with some pacy, tighter writing. The penchant for campy, over-the-top drama that the writers seem to immensely enjoy works in parts, but they need to be cautious in the coming episodes to not let this eclipse the battle of wits between the hero and the evil conglomerate.

Jeon Yeo-Been, who plays hotshot attorney Hong Cha-Young has a flair for the dramatic, but her camaraderie with Vincenzo is one of the highpoints of the show. While Song Joong-Ki has terrific screen presence and is absolutely at home taking down bumbling thugs in his sharply-tailored suits, Ok Taec-Yeon who plays Jang Jun-Woo isn’t far behind. The solid casting of the three main leads greatly benefits the show.

In eight episodes so far, the 20-episode show has attempted to pack a lot in. There’s comedy, revenge, courtroom drama, action sequences, tragedy and even the beginnings of a probable emotional mother-son reunion. But with the crescendo rising on Vincenzo and Cha-Young’s takedown of Babel Corp, the next few episodes hopefully devote a major chunk of the screentime to all the scheming and executing of these grand plans.

Huge chemical fire being left to go out on its own