The Real Story Behind Lady Gaga’s ‘House of Gucci’ 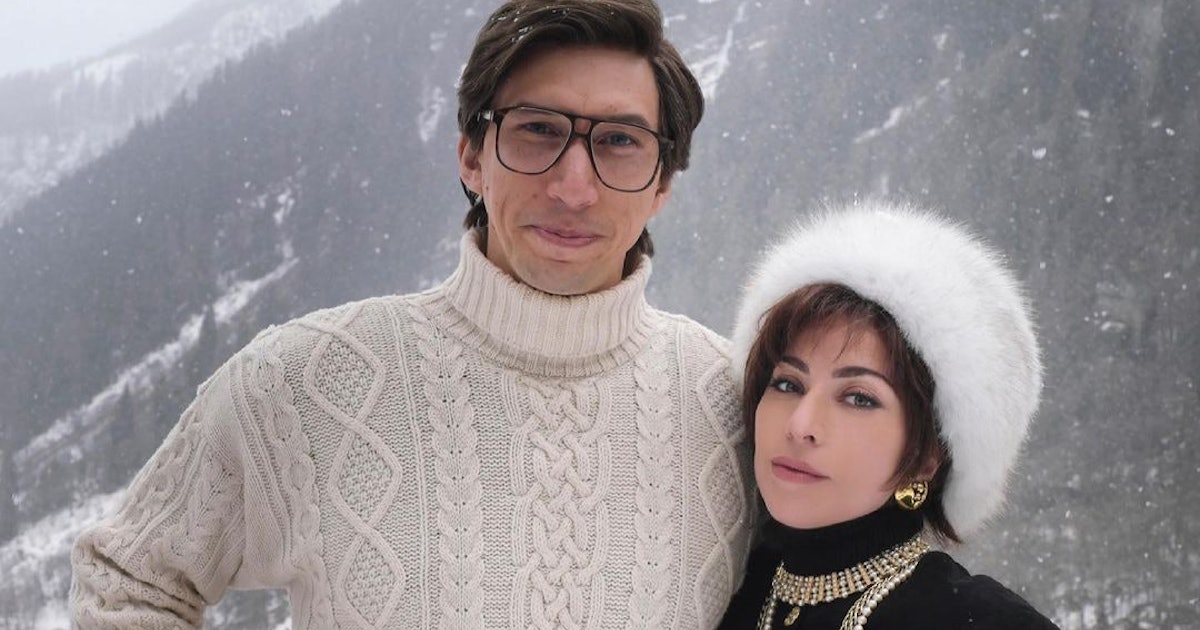 
When images of Adam Driver and Lady Gaga dressed as a late ‘80s couple enjoying an après ski moment arrived on the Internet this week, it seemed like no one could contain themselves. They weren’t just posing for vacation photos in the Italian mountains, though. In fact, these images were official press photos for House of Gucci, the upcoming film directed by Ridley Scott in which Driver and Gaga play Signore e Signora Gucci, otherwise known as Maurizio Gucci and Patrizia Reggiani.

Two years before another Italian luxury house namesake, Gianni Versace, would be murdered outside of his home in Miami Beach by serial killer Andrew Cunanan, the fashion world saw one of its biggest crime scandals: the assassination of Maurizio Gucci on the steps of his office in Milan. House of Gucci will follow the moments leading up to and the aftermath of the murder. What is interesting is that drama seems to have plagued the Gucci dynasty for decades, long before its former business head was murdered in 1995. There’s so much sibling rivalry and legal issues that it would take hours to parse through, but before this sure to be instant camp classic hits theaters, here are the major tidbits you need to know.

Buckle up, because the story told in House of Gucci is sure to be a wild ride. In 2001, Sara Gay Forden wrote a book called The House of Gucci: A Sensational Story of Murder, Madness, Glamour, and Greed, which would eventually become the basis for the Ridley Scott-directed film about Maurizio Gucci and his wife, Patrizia Reggiani.

After Maurizio Gucci’s father, Rodolfo Gucci, died in 1983, a legal war was launched within the Gucci family. Maurizio won a majority stake, and became the brand’s director, following in the footsteps of his grandfather, Guccio Gucci, who started the company in Florence. By 1988, Maurizio sold nearly half of the company to an investment fund based in Bahrain. The label’s finances dipped significantly, and by 1993, he sold his stock to that same investment fund for $170 million. In 1995, just over a year after Maurizio sold Gucci, he walked up to the steps of his office in Milan, and was shot and killed.

So, here’s where the story gets tricky—that assassination attempt was orchestrated by none other than Patrizia, who was not a fan of her ex-husband’s (they divorced in 1991) business decisions as director of the brand, and was growing suspicious that he had cheated on her in their marriage. By 1997, she was arrested for her involvement in the killing of her ex-husband. Initially, she insisted she had nothing to do with Maurizio’s death, and the trial was a media sensation; made all the more so by the fact that she wore Gucci outfits to court nearly every day of the trial. The tabloids couldn’t help themselves, taking to giving her the nickname “Black Widow” and she was sentenced to prison for 29 years for hiring a hitman to kill her husband. After a couple years inside, she attempted to kill herself with a shoe string.

She was offered the opportunity to go to an open prison, where inmates would be supervised minimally and could work, but (and this is difficult to corroborate) she allegedly said “I’ve never worked in my life and I’m certainly not going to start now” and refused. After 18 years in prison, Reggiani was released for good behavior in 2016. And because of an agreement she signed in 1993, two years before her husband’s death, the Gucci estate awarded her £900,000 in 2017.

By now, you probably already know that Adam Driver will play Maurizio Gucci, and Lady Gaga will play socialite Patrizia Reggiani, who married Maurizio, and was convicted for orchestrating his assassination after discovering that he had allegedly been unfaithful in their marriage and mismanaged his funds. But what about the rest of the Gucci dynasty?

Aldo Gucci was Maurizio’s predecessor as director of the Gucci brand. He was the son of founder Guccio Gucci (and Maurizio’s uncle), and began working at his father’s shop in 1925 with his brothers Vasco and Rodolfo (who eventually went on to co-own the company with Aldo). Aldo is best known for bringing Gucci worldwide, launching accessories, developing the label’s classic double G logo, and introducing the Gucci loafer to the United States. He actually made Gucci so well-liked by American consumers that President John F. Kennedy once said he was the “first Italian ambassador to the United States.” There was drama, though, because Aldo tried to launch a solo shop (Gucci Boutique) that was eventually reabsorbed by Gucci proper. There was also a legal battle involving Maurizio’s attempt to take over the company from Aldo (and, fun fact, Rudy Giuliani was involved). In the film, he’ll be played by Al Pacino.

Rodolfo Gucci passed away in 1983, and from then on, his son Maurizio inherited a majority stake in the company. One of his biggest contributions to the brand was the Flora scarf, which he designed with Vittorio Accornero for Grace Kelly, one of the label’s most well-known clients. He’ll be portrayed by Jeremy Irons in House of Gucci.

Paolo Gucci, Aldo’s son and Maurizio’s cousin, will be played in the film by Jared Leto and will likely be a big-enough thorn in his cousin’s side considering the fact that he was essentially pushed out of owning the brand once Maurizio obtained a majority stake. Some say that he revitalized and popularized the double-G logo. Oddly enough, he also passed away in 1995, months after Maurizio, though his death was a result of chronic hepatitis.

Jenny Gucci, a British socialite, was married to Paolo. She’ll be played in the film by Florence Andrews. But in 2009, her name hit the tabloids again, when her ex-stepdaughter Patrizia Gucci called her a “fake Gucci” for trying to use the Gucci name to sell luxury products while allegedly having never been legally married to Patrizia’s father, Paolo.

Paola Franchi was the girlfriend of Maurizio, and after his death, she and Patrizia didn’t exactly get along well when it came to splitting up the Gucci assets. She eventually won the right to sue Patrizia. Camille Cottin will portray her in the film.

There’s not too much information out there on Vasco Gucci, but he was one of the sons of Guccio who had a stake in the brand. He might be included in the film, he might not be—there’s no casting listed for him on IMDb, but Jack Huston and Reeve Carney are listed as “rumored” actors to appear in the movie.

Guccio Gucci is the founder and namesake of what began as a small, family-owned leather shop in Florence and evolved into one of the world’s largest Italian luxury fashion brands. So far, there’s no word on whether or not he will be included in the film so there’s no casting available, but he would have to be featured in a flashback, as he died in 1953.

When will the film be released?

Production for House of Gucci has only just started, with Driver and Gaga appearing together in some paparazzi photos that have emerged from Milan. The film has been in development, however, since 2006, with Scott originally slated to direct, Andrea Berloff tapped to write, and Angelina Jolie and Leonardo DiCaprio rumored to play Patrizia and Maurizio. But then, Scott’s daughter Jordan Scott replaced him at the helm in 2012, and tapped Penélope Cruz to play Patrizia. That didn’t quite work out, either, as the directing job was taken by Wong Kar-Wai in 2016, the writing was picked up by The Big Short co-screenwriter Charles Randolph, and Margot Robbie stepped in for Cruz. Finally, by the end of 2019, Scott was back on, with the cast we see here today. Right now, the film is slated for a November 24, 2021 release date, barring any Covid-19 restrictions popping up in the coming months.

This article will be updated as more information is made available.

Shopping during the pandemic isn’t the same. In many clothing stores, fitting rooms are still closed, occupancy is limited to allow for social...
Read more
Magazine

Is There a Cure for Quarantine Brain Fog?

Last February, when I began contemplating a brain-centric story, I was more focused on packing for my annual pilgrimage to St. Barths than...
Read more
Magazine

In today’s era of confinement and confusion, it’s fitting that one of the most memorable performances of the year was given by a...
Read more