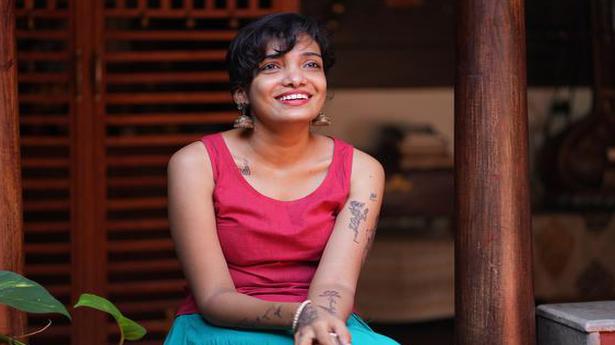 Delta variant to account for 90% of new Covid cases in Europe: EU agency – Times of India

She talks about her new Carnatic series, ‘Rathnamala’, producing music in the midst of the pandemic and going candid about mental health

Gowry Lekshmi has been charting her own way in music. The playback singer-indie musician is now on a rewind mode, going back to where her music journey began: Carnatic. She has launched Rathnamala, a Carnatic music series with ‘Suttum vizhi’, a poem by Subramania Bharati in praise of Kannamma, his beloved. “There has been several versions of the song and I have taken [singer] Bombay Jayashri’s. It is set in ambient pop genre, which has a peaceful and calming feel to it,” says Gowry.

She says that Rathnamala is an EP (extended play or mini-album) with four songs. “It will have classical and semi-classical songs that are popular as well as dear to me. Besides proper Carnatic kritis, I am taking bhajans and poems as in the case of ‘Suttum vizhi’. I have tried to leave my signature in all the songs, which will be simple and soothing. The videos are candid.”

Although she started learning Carnatic music from the age of three and continued for over two decades, Gowry has been focusing on commercial music for the last few years. Films, independent productions and live shows kept her busy. “It is my parents who are the happiest lot with my decision to get back to Carnatic. I know that there is a section of listeners who love such songs and Rathnamala is for them,” she says.

A prolific composer and performer, the 27-year-old took to composing at the age of 13 and one of her songs, ‘Sakhiye’, was used in Rosshan Andrrews’ Casanovva (2012) starring Mohanlal. Gowry then went on to make a mark with her independent productions along with playback.

A live-wire performer on stage, she released a handful of music videos last year, which included originals (‘Maane’ and ‘Mukile’) and remixes (‘Laathiri poothiri’ and ‘Choli ke peeche’). Her take on Mohammed Rafi-classic ‘Is rang badalte duniyan mein’ stood out as the video featured the making of sunflower tattoo on her upper right arm. “I have some 12 tattoos already. I am making the next tattoo and there will be a video on that as well (laughs). I want to create content out of whatever I do,” she says.

Gowry says that it was a conscious decision to keep creating content when there were no live shows or recordings because of the pandemic. “As a performer, I had to make my presence felt. I had 10 live shows lined up when the lockdown came into effect. It was difficult for me to not work. I needed that adrenaline rush that I get during a live show or when I bring out a content. They were also the avenue to raise funds for my projects. So, to stay sane, I had to make music. Since people were spending more time on the Internet, they expect new content and I was able to give that,” she concludes.

Meanwhile, she also went candid about mental health at a Josh Talks session held in Kochi, where she talked at length about being diagnosed with Borderline Personality Disorder (BPD). The video, uploaded on YouTube, has already got over 1.5 lakh views. “I have been dealing with it for so many years, especially those extreme mood swings. It affected my relationships, personal and professional, and there have been days when I hurt myself to get out of the pain. I didn’t know how to handle it until my husband [drummer Ganesh Venkataramani] felt that we should see a doctor. It had started affecting him as well. Initially I took medicines for mood disorders. But it was around last year that BPD was confirmed. I am under medication and have been talking about it on my Insta handle and to people. But Josh Talks took it to a wider audience,” she says.

Gowri adds: “I just wanted to put out that one should seek medical help when you realise that your mental state is affecting your regular life and that of people close to you. Thanks to my doctor, I am in a happy and peaceful space now.”

The musician points out that the condition never affected her work, be it live show or recording. “I had an abortion in 2019. The day when the doctor confirmed that I had to go through the procedure, I had to record a song for a Malayalam movie. Although it went off well, the composer felt that a smile was missing in the song. Since I couldn’t tell him what I was going through, I went into the washroom, cried my heart out and then recorded the song much to the satisfaction of the composer. So, my work has never stressed me out and I am grateful for that. And I have a partner who understands me in and out,” she says.

After the Rathnamala series she plans to bring out an album of her own compositions.

Delta variant to account for 90% of new Covid cases in Europe: EU agency – Times of India