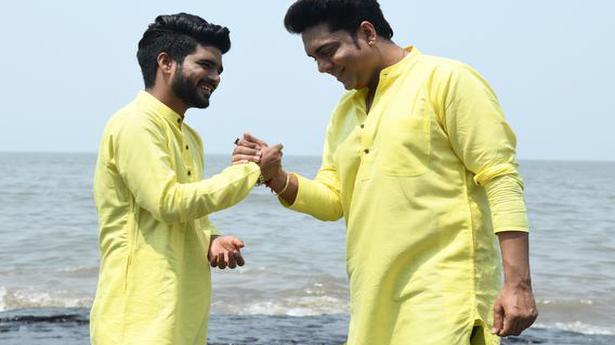 Singers Salman Ali and Vipin Aneja’s new song ‘Manzar’ is about a photographer’s missing smile during the pandemic. Only when he sets out to shoot Mumbai and its resilient people does his smile return.

“Manzar is about hope,” shares director Devansh Patel. Written by Gilbert Chettiar (founder of Lafzon Music) the track with a music video featuring Prashantt Guptha was shot in the middle of the pandemic across Mumbai.

Gilbert, who had written the lyrics in August 2020 in London, says, “When the world around us shuts down, we become aware and value people. Whilst I was trying to reconnect during the crisis, I realised happiness is found in small things.”

Conceptualising a story for the four-minute video was tough for the director, but all he wanted was to take an optimistic view. “It is a story that not only inspires but puts a smile on everyone’s face,” he adds.

The video was shot in March this year at three prominent locations: Bandra Fort, a spot opposite Shah Rukh Khan’s home Mannat and Yari Road, Andheri. It was shot in under four hours with only three crew members, two hand-held cameras and with no hair make-up or lighting. “It was an ‘organic’ shoot,” informs the director.

Manzar also brings together singers Salman and Vipin, known for their distinctive style of music. While Salman is the winner of Indian Idol 10, Vipin is a playback singer with films Jazbaa and Saheb, Biwi Aur Gangster to his credit.

“There is misery all around due to the pandemic and we seem to have lost our smiles. We hope ‘Manzar’ brings back smiles on people’s faces,” says Vipin

Director Devansh calls ‘Manzar’ an ode to humanity. The song was born out of separation, hardship and frustration.

“Beyond lives and livelihood, the pandemic took away our smile, the most personal, powerful emotion that unites mankind. As Charlie Chaplin once said, ‘You will find that life is still worthwhile if you just smile’.”