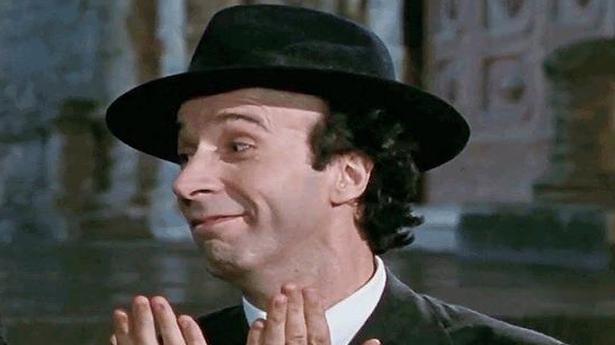 Oscar-winning Italian director-actor Roberto Benigni of “Life is Beautiful” fame has been honoured with the Golden Lion for Lifetime Achievement of the 78th Venice International Film Festival, organisers announced Thursday.

The decision to honour Benigni, a two-time Oscar winner was made by the board of La Biennale di Venezia. The writer-director-actor’s name was proposed by the Festival’s Director, Alberto Barbera.

“My heart is full of joy and gratitude. It is an immense honor to receive such an important recognition of my work from the Venice International Film Festival,” benigni said in a statement.

Barbera said Benigni stands out in the panorama of the Italian performing arts as an unequaled figure of reference for his innovative and irreverent approach to rules and traditions.

“Juggling his appearances on theatrical stages, movie sets, and television studios, each time with surprising results, he shines in all of them thanks to his exuberance and impetuosity, his generous way with the public, and the passionate joyfulness that is perhaps the most original hallmark of his opus.

“Few artists have equaled his ability to combine explosive comic timing, which is often accompanied by irreverent satire, with his admirable talent as an actor – at the service of great directors such as Federico Fellini, Matteo Garrone, and Jim Jarmusch – and as an engaging and sophisticated literary exegete,” the festival director said.

The director is best known for his Holocaust drama “Life is Beautiful”. The 1997 film fetched him the best actor and best international film Oscars.

Benigni most recently starred in Matteo Garrone’s live-action “Pinocchio”. His other films are “Night on Earth”, “Coffee and Cigarettes” and “To Rome with Love”.