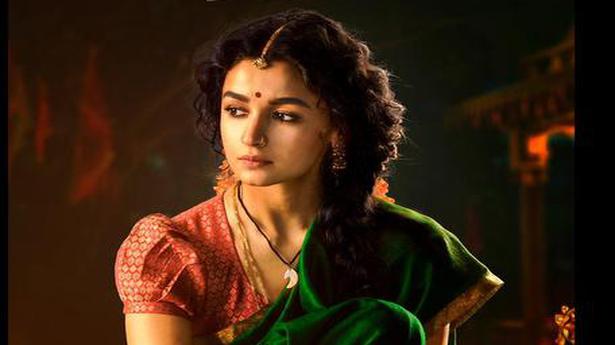 Alia Bhatt’s first look as ‘Sita’ in SS Rajamouli’s RRR shows the actor in a pensive mood and awaiting somebody. After Rajamouli released the photo on his Twitter page — accompanied by this tweet: “Strong-willed and resolvent #Sita’s wait for Ramaraju will be legendary!” — eager fans awaiting the film’s release for long lapped it up.

Alia will be seen in a supporting role opposite Ram Charan, who plays Ramaraju. RRR also stars Jr NTR, Ajay Devgn, Samuthirakani and others. The film is a fictionalised retelling of the lives of two revolutionaries who participated in the Indian independence struggle — Alluri Sitarama Raju and Komaram Bheem. It is scheduled to release on October 13.

For Alia, there are more big-budget movies in the pipeline including Gangubai Kathiawadi directed by Sanjay Leela Bhansali and Ayan Mukherji’s Brahmastra, in which her co-stars include real life partner Ranbir Kapoor, Amitabh Bachchan, Akkineni Nagarjuna and others.