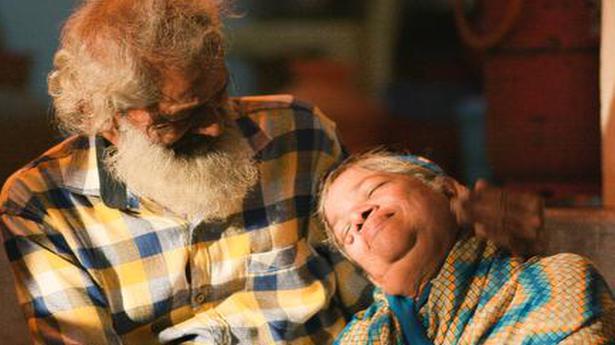 “Insha Allah is dedicated to the late Jabaramma,” says director Seerkatchi Pakhil Pandian (SPP) Bhaskaran, with a tinge of sadness in his voice.

Jabaramma ran a mess at the scenic Pillayarpuram near Coimbatore, the location where he shot his film. “She served all three meals for my entire team during our 30-day shoot there. I wrote a character based on her during my stay there, and even nudged her to play the role. Although she was shy to face the camera, Jabaramma learnt acting at a workshop done by the late Arunmozhi and his team during our shoot, and she performed confidently,” recalls Bhaskaran.

Insha Allah made it to the official selection in over 30 international film festivals, and won as many as seven awards for direction, cinematography, and other categories. “The reception has been overwhelming, especially at the Ubud International Film Festival and Accolade Global Film Competition,” he says.

Though Bhaskaran had to trim its runtime to 84 minutes for an international audience, he has now had the luxury of retaining some of the omitted scenes for theatrical release. “We were all set [for release] after we got the Censor Certificate. We timed it as an Eid release, but now because of the second wave we have to wait and watch,” he adds.

Insha Allah follows the happenings in a middle-class Muslim society, and is inspired from theshort stories of authors Thoppil Mohammed Meeran (Anbirkku Muthimai Illai) and Firdous Rajakumaran (Ranam). It also encapsulates the director’s observations of the Muslim community as an outsider. “I spent over six months at Karumbukadai, a Muslim locality in the city to understand the everyday happenings,” Bhaskaran says.

The film is produced by his friend Shahul Hameed (under his banner Nesam Entertainment) who runs an electrical motor manufacturing unit. Bhaskaran chose death as the film’s central theme and wrote a script that touches upon the five tenets of Islam: daily prayers, giving alms(zakat), fasting during Ramadan, pilgrimage to Mecca (Haj) and profession of faith.

The protagonist is an ambulance driver played by Mogly K Mohan (who has been a part of films like Kirumi, Bakrid and Master). Poet Vikramathithan (who played a supporting role in director Bala’s award-winning film Naan Kadavul) and his wife Bhagvathi Ammal play an elderly couple in the movie. Some of the NGOs like Jeevasanthi, which performs the last rites for unclaimed bodies, and New Generation Trust — which builds homes for abandoned women, most of whom are divorcees — are also a part of the narration.

As for his experience with the community, Bhaskaran adds, “It was heart-warming. I have also filmed at the Cheraman Juma Masjid, which is believed to be the first mosque in the country. It is located at Kodungalloor in Kerala. There is also footage of the 800-year-old mosque at Keeranur, near Palani. The film is an outsider’s view of the community.”